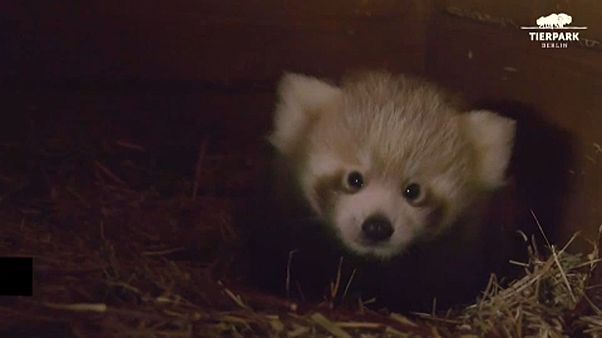 For the first time in nine years, a rare red panda was born at Berlin's Tierpark Zoo.

The red panda cub is now the size of a guinea pig and is the 10th young panda to grow in the zoo.

At birth, red pandas weigh only about 100 grams and are blind. They open their eyes for the first time after about five weeks.

On June 6, animal keepers discovered that the female Shine panda had given birth in her den after a gestation period of around 130 days.

Shine and her partner Joel arrived in Berlin from the Padmaja Naidu Himalayan Indian Zoo in Darjeeling, as part of a global conservation breeding program for red pandas, bringing "fresh genes" of these rare animals to Europe.

UK military to step in to intercept migrant boats in Dover

Contemporary art takes over city of Nantes in special exhibition

Evacuations ordered with Alps glacier in danger of collapse