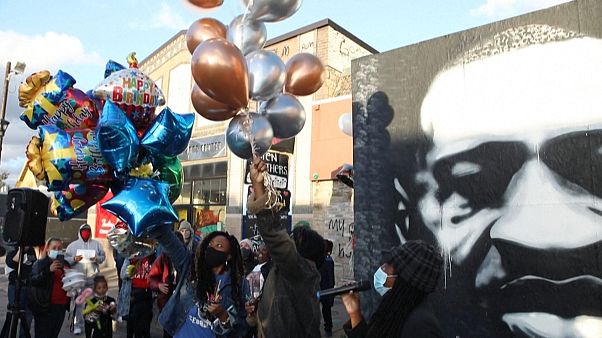 People gather at George Floyd's memorial to mark his birthday

People gathered in celebration and to mourn American George Floyd on what would have been his 47th birthday.

The crowd gathers at Floyd's memorial near the intersection of 38th Street and Chicago Ave in Minneapolis, Minnesota, near the location where Floyd was killed while in police custody in May.

His death sparked protests that spread across the United States over the summer against racial injustice.

It also fueled a national conversation about police violence and race in the United States.

A memorial was also held in New York City on what would have been Floyd's birthday. It was attended by dozens of family and supporters including Floyd's brother Terrence who spoke of his pain at losing his relative.

Cat rescued from inside electric cable casing by Turkish firefighters